This popular state park comprises 1,000 acres, including grasslands, marshes, and wooded areas along the Big Cottonwood River. Located in southwest New Ulm, the park is just minutes from downtown. Among the amenities are eight miles of hiking and groomed cross-country trails, a chlorinated sand-bottomed pool, beach, sand volleyball courts, playground equipment and fire and horseshoe pits. The park has 88 campsites in three campgrounds, 2 camper cabins and a large Group Center that can accommodate 110 people in eight bunkhouses. In addition to its natural beauty, the park also holds a significant place in New Ulm’s history. In the 1930s and 1940s it was the site of a Works Progress Administration (WPA) project and a beautiful purple quartzite building those crews erected still stands. During World War II, part of the park was used as a prisoner of war camp. It is named after Charles E. Flandrau, who played a pivotal role in the defense of New Ulm in the “U.S.-Dakota War of 1862.” 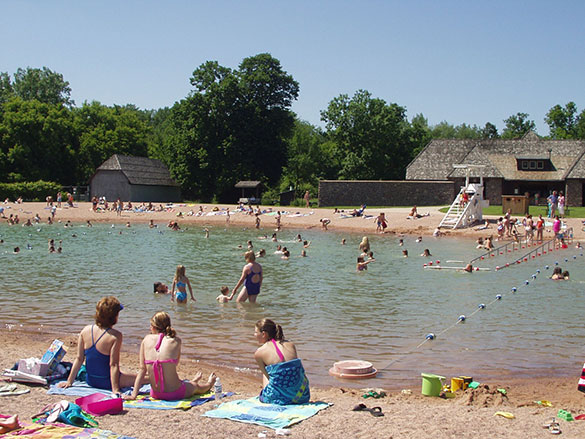